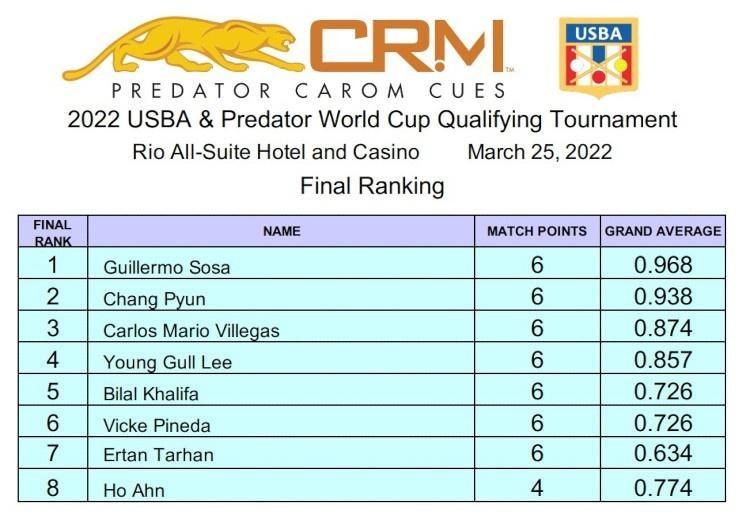 Eight players from the USBA March 25 qualifying tournament for the Las Vegas World Cup have punched their ticket to the big dance.

Leading the way with the best averages were Guillermo Sosa and Chang Pyun, with 0.968 and 0.938 respectively. Carlos Mario Villegas and Young Gull Lee, both from the New York area, posted averages between 0.850 and 0875. The last four qualifiers were Bilal Khalifa, Vicke Pineda, Ertan Tarhan, and Ho Ahn. Each of the eight players won their 4-man round robin mini-tournament.