For the second year in a row, Pedro Piedrabuena, the current US National Champion, and Hugo Patiño, a prior champion, have been selected by Predator as the Organizer’s Wild Cards for the Las Vegas World Cup. These two players will be placed in the final 32 players (the Rank 16 groups).

Last year, Piedrabuena finished first in the A group. In the Rank 8 round, he defeated Torbjorn Blomdahl of Sweden, 50 to 38 in 30 innings, then fell in the quarter finals to the eventual runner-up, Sameh Sidhom of Egypt, 50 to 43 in 27 innings. Patiño placed third in Group C and did not advance to the Rank 8 round.

Eight (8) other US players have already qualified for the World Cup based on their finishes in the 2022 US National Championship:

In last year’s tournament, Frank Torres made a mad dash through the preliminaries, advancing from the PPPQ to the PPQ to the PQ before falling short of the main tournament in the Q round.

The USBA will select twelve (12) more spots for the LVWC in qualifying tournaments held on February 23 and 24.

The February 23 USBA qualifier for the Las Vegas World Cup has been fully inscribed. REGISTRATION IS NOW CLOSED.

Thirty-two (32) players have registered for the USBA qualifier for the Las Vegas World Cup.  The lucky players:

Eight qualifiers will be chosen to participate in the LVWC.  The players will be placed in eight (8) groups of four (4). The winner of each group will qualifier.

The USBA February 24 qualifier for the Las Vegas World Cup has sixty-four (64) spots. Of these, twenty-four (24) are reserved for players who do not qualify in the February 23 qualifier. Another twenty-six (26) are reserved for referees and score keepers who will work the World Cup.  In addition to the reserved spots, the following players have registered:

Three (3) spots remain to be filled. These spots will not be open for long.

The February 24 qualifier is a single elimination tournament. The four (4) semi-finalists will qualify for the World Cup.

Pursuant to the eligibility rules of the UMB for World Cups, the February 24 qualifying tournament is open to USBA members residing in the United States. The USBA member must also not be suspended by either the CPB or the UMB.

2023 USBA Nationals to the Sunshine State 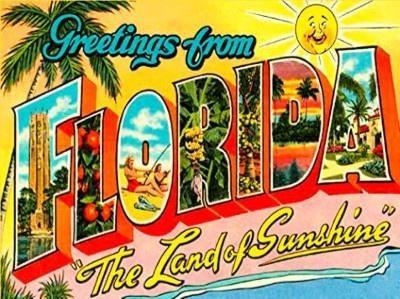 The 2023 United States Three Cushion Championship will be held at Carom Billiards, 5141 N University Drive, Lauderhill, Florida 33351, from May 4 through 7, with a players’ meeting the evening of May 3. A maximum of 48 players will be allowed. The top four players from 2022 have automatic entry. The other spots will be filled by qualifying tournaments or through open entries.

You don't have any active subscription