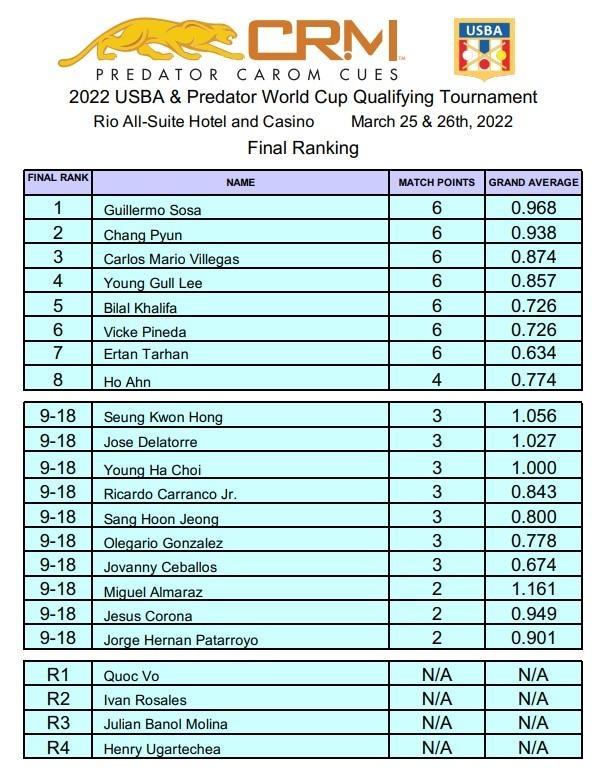 USBA Has 27 Players in World Cup!

A last-minute cancellation by nine Vietnamese billiard players opened up spots in the Las Vegas World Cup for the USBA to fill via its March 26 qualifying tournament. The cancellation, a result of Visa issues related to Covid-19, enabled the USBA to expand the prize for the March 26 tournament from four to ten inscriptions to the World Cup.

With the additional positions, twenty-seven USBA players have secured the right to play in the World Cup, which begins March 27 and ends on April 2.

The current list of USBA players who will participate in the World Cup:

The World Cup is being held at the Rio-All Suite Hotel and Casino and is sponsored by Predator. Results of the Las Vegas World Cup will be posted on the UMB website. Matches can be viewed on YouTube on the Five& Six channel.